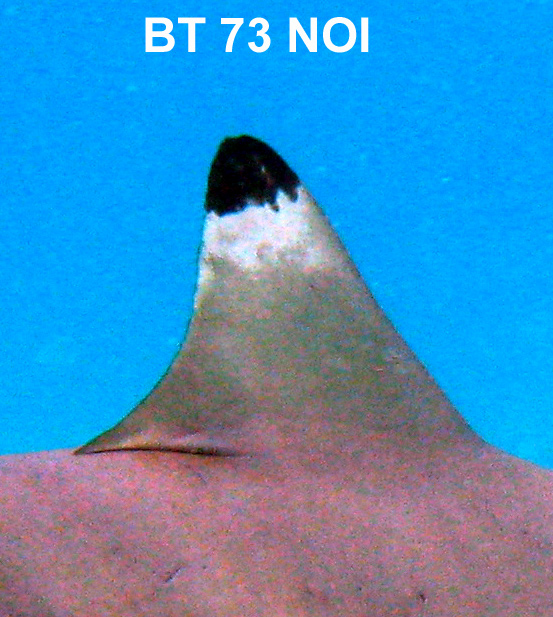 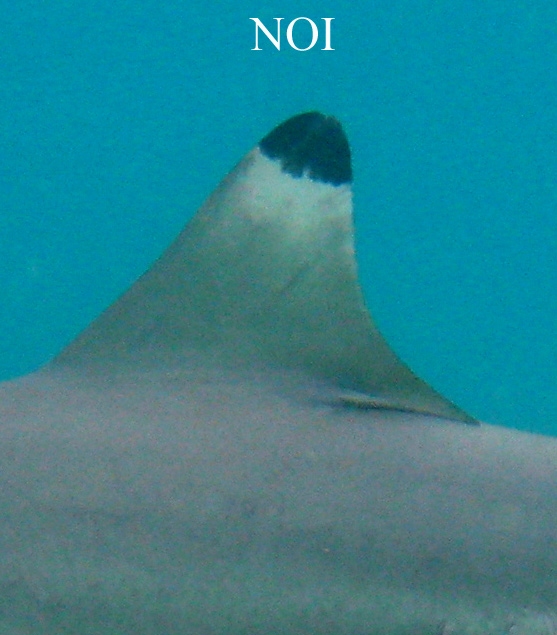 July 2008 Noi was heavily bruised with deep cuts on both sides. Probably from some heavy mating. In early July 2009 she was looking OK and fit and as usually very trustfull. Then one morning she turned up with lots of deep cuts and bruises. Maiting must just have happened. In July 2010 she was totally recovered with no scars og marks at all. Sharks recover quickly. Look at the photos in the bottom of this page. 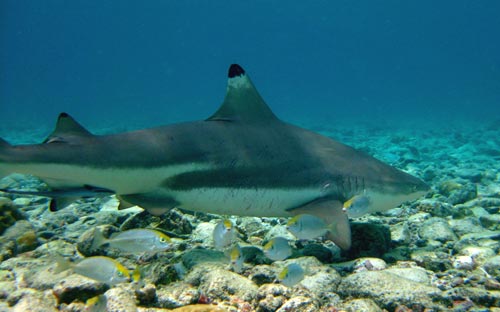 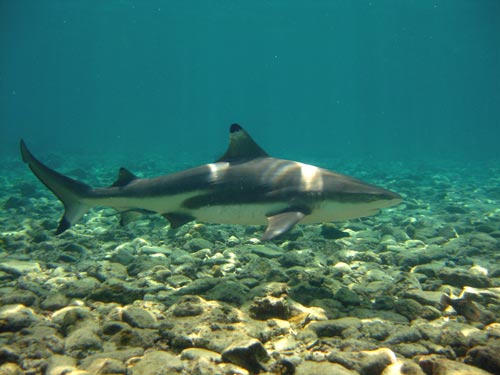 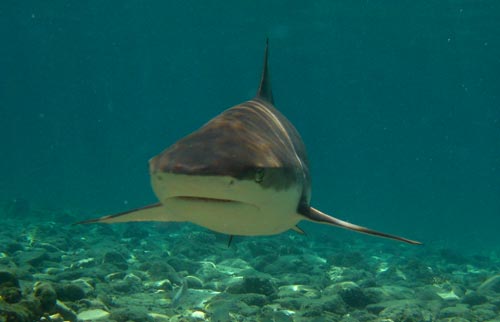 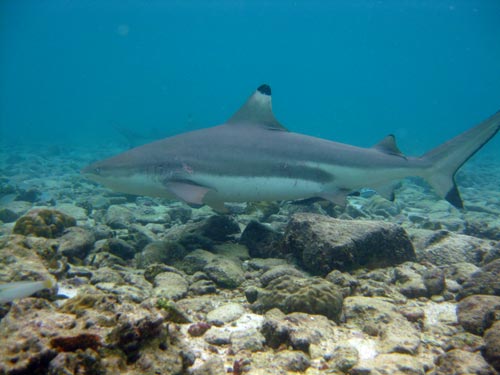 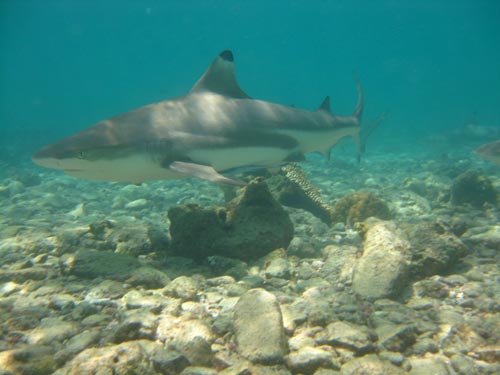 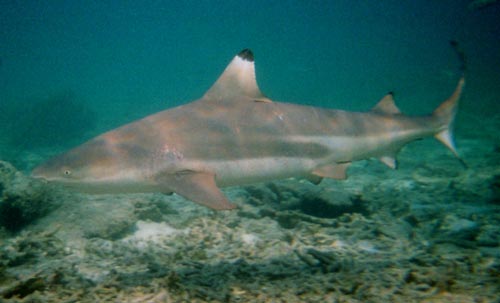 Hin Phae. July 2009. Compared to the above photo Noi has received some cuts and bruises. 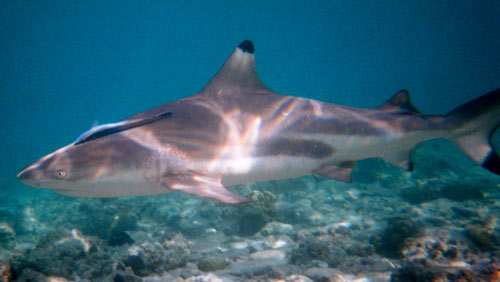 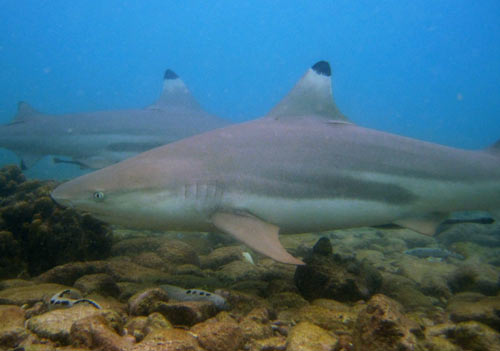 Hin Phae, July 2010. Here a year later there are no more marks on the body 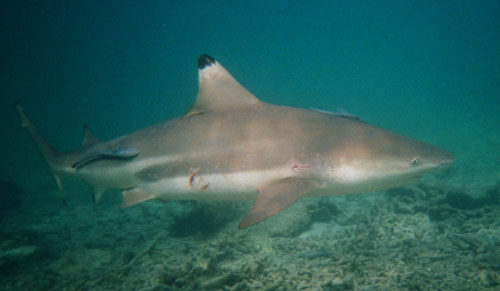 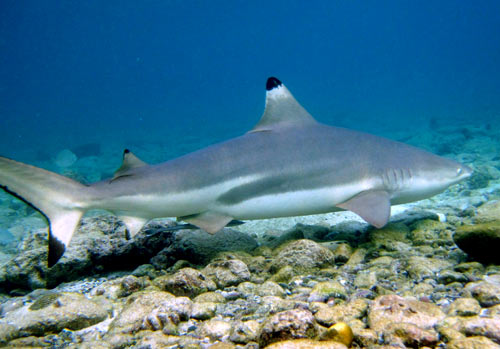 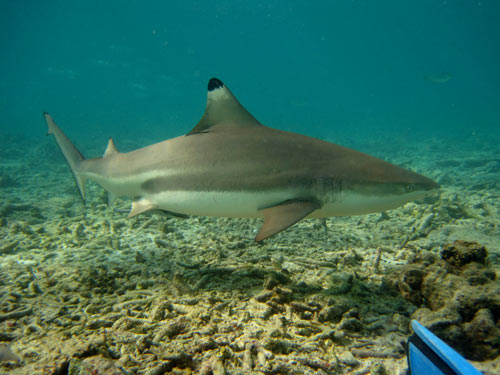 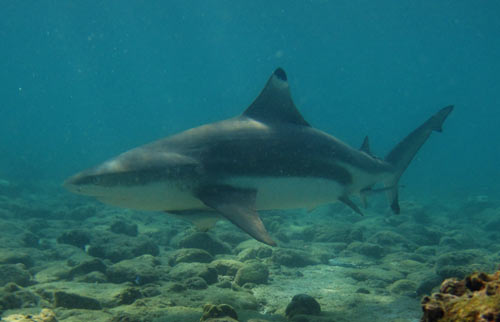 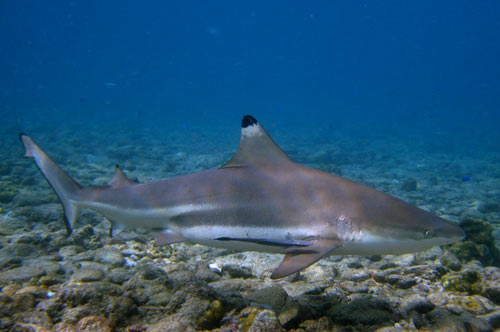