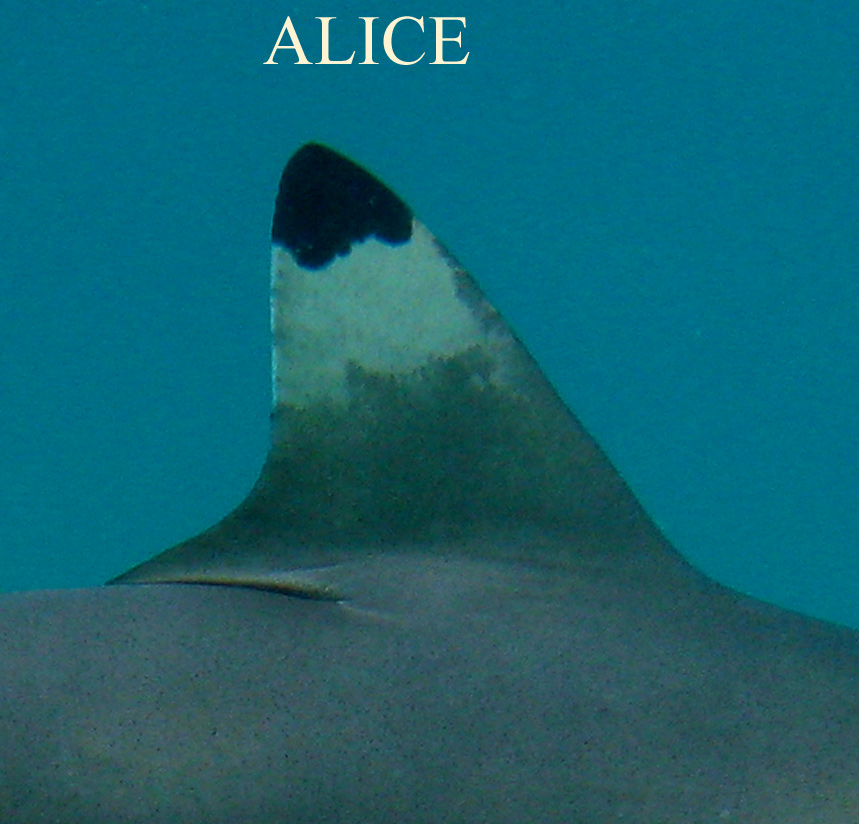 A fully mature female with a distinct pattern on her dorsal fin. Video clip. Absent for some years but back again 2016. Unfortunately with a fishing hook inside the mouth and the line protruding from a gill slit. Fortunately that was gone, when she was seen in 2018. 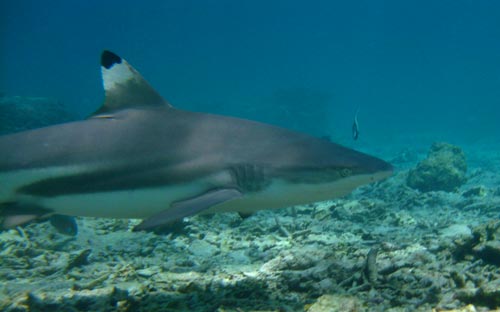 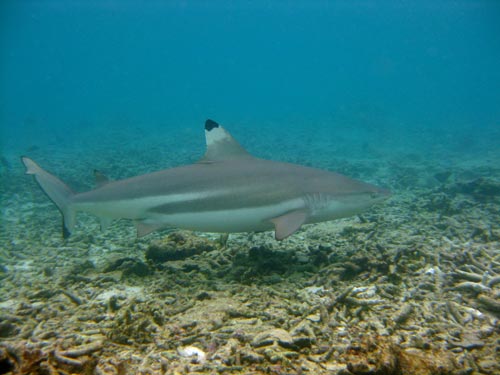 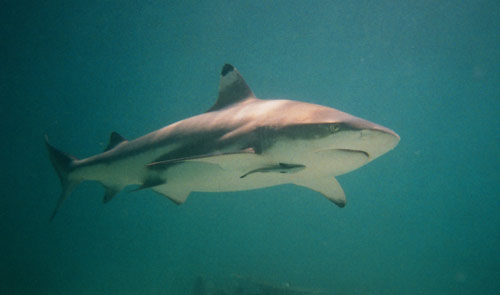 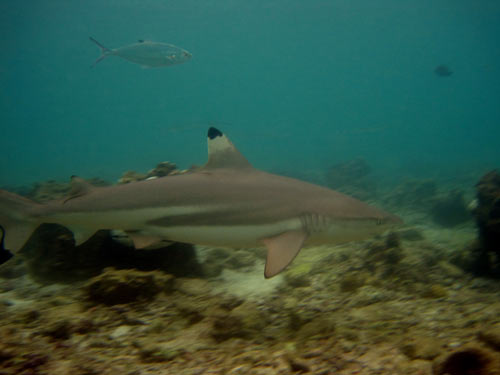 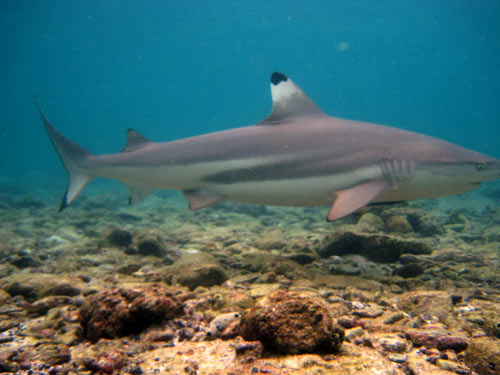 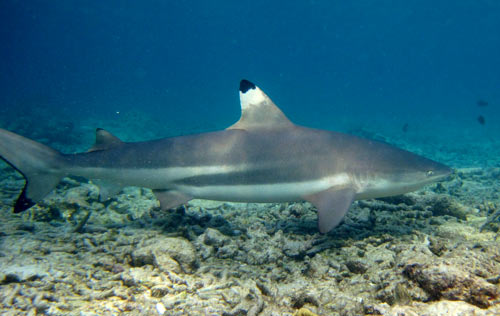 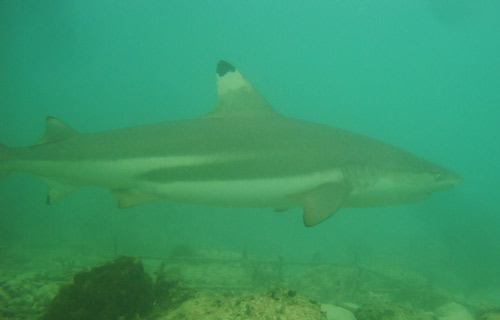 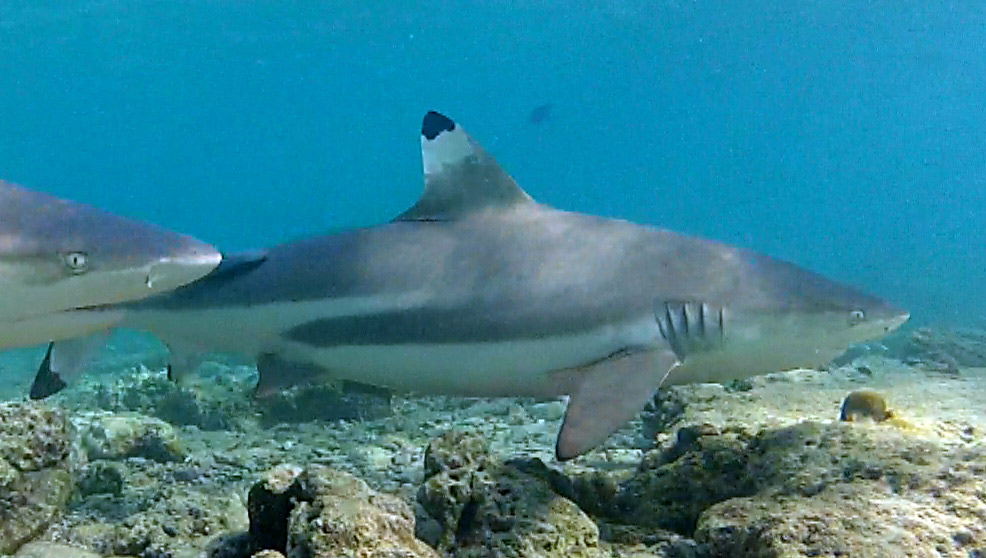 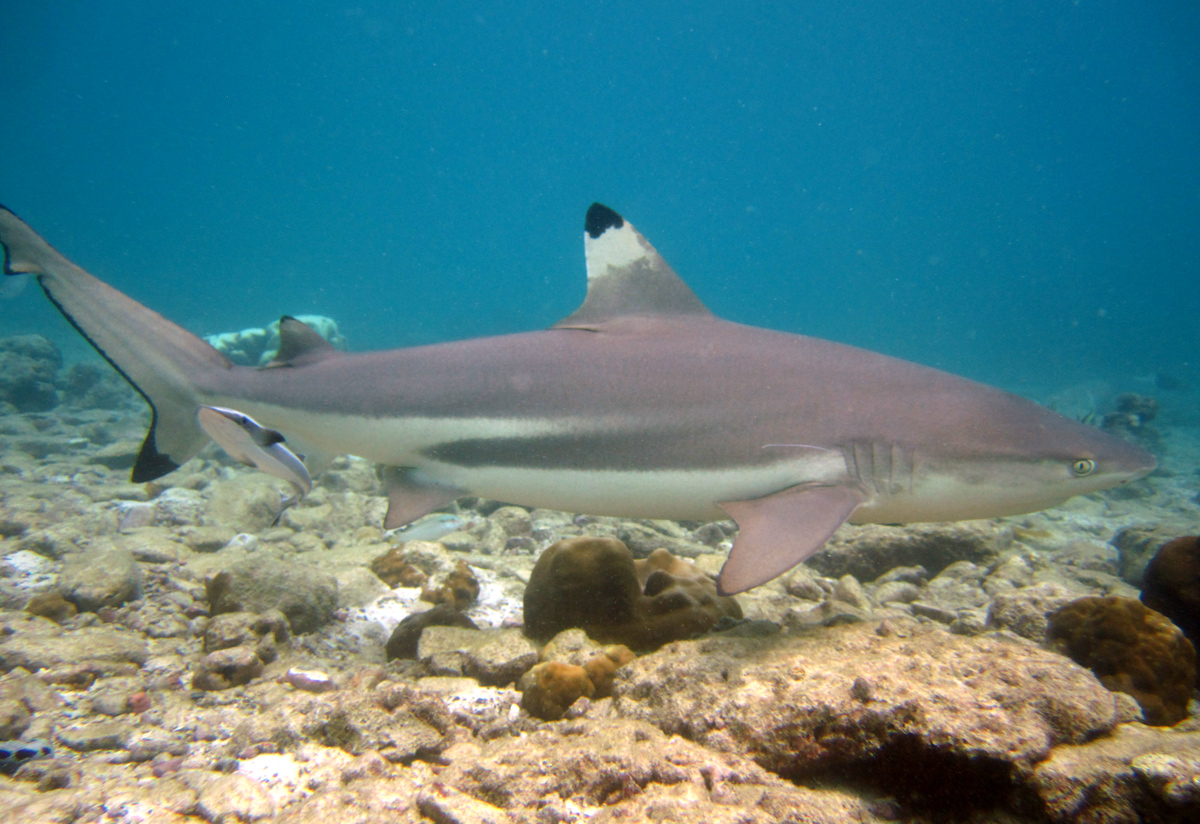 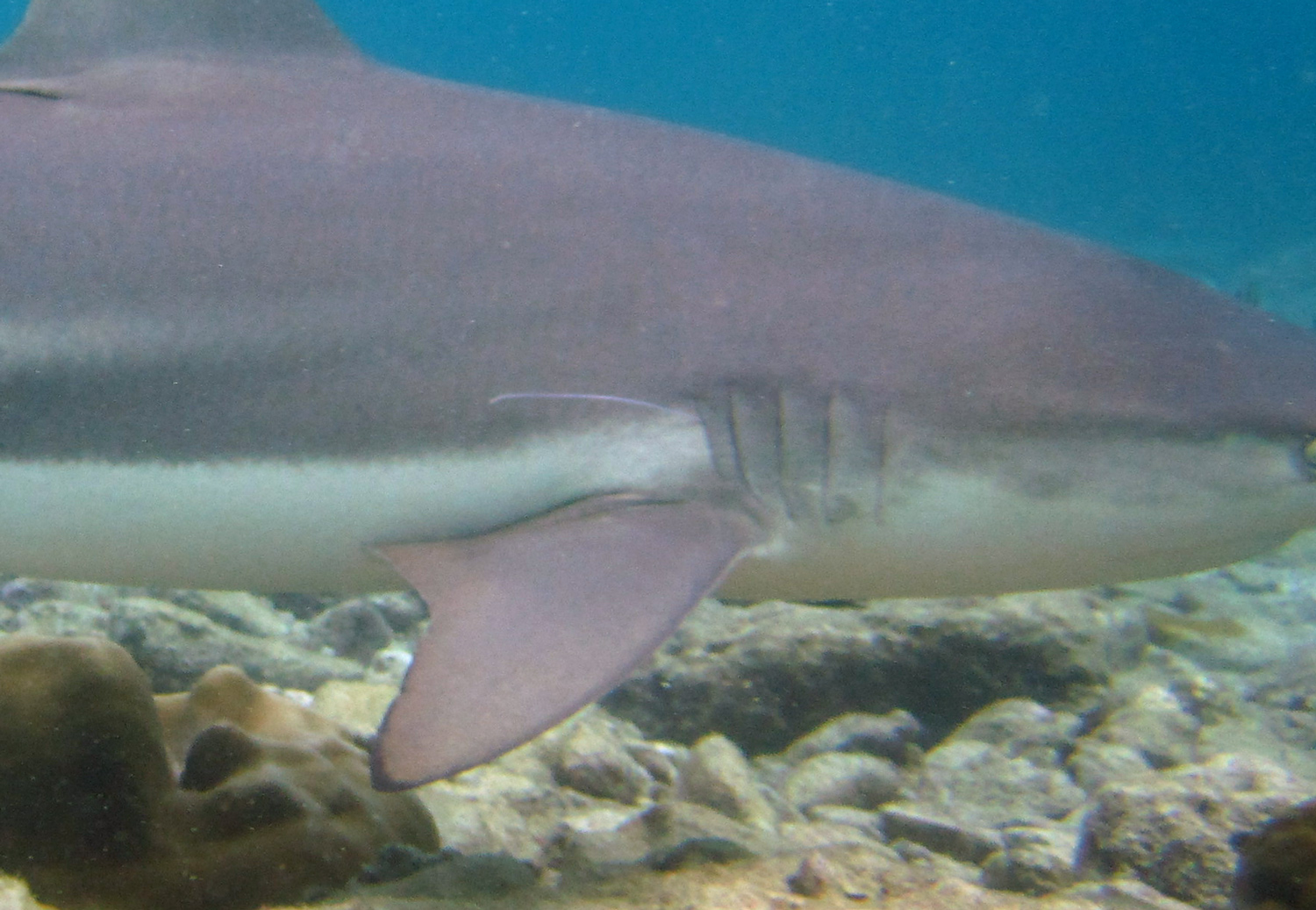 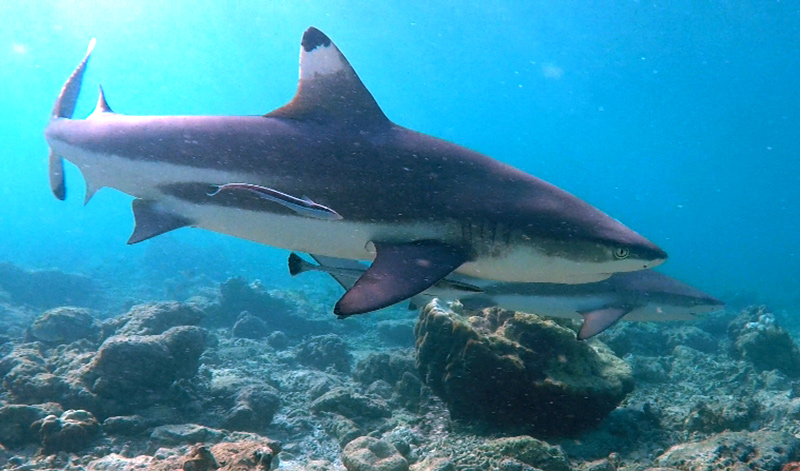